Frame of italian movies that have become icons of international cinematography, the Amalfi Coast is characterised by sophisticated and colourful atmospheres that make it the perfect location for events and unique experiential activities.

In the years 40 and 50 of the last century the director Roberto Rossellini turned to Maiori two of his masterpieces: “The Miracle” with Anna Magnani and “Trip to Italy” with Ingrid Bergman.

In more recent times the Amalfi Coast sees set of films starring by the international actors: “Only you” with Robert Downey Jr and Marisa Tomei filmed in part in Positano, “A good woman” with Helen Hunt and Scarlett Johansson that takes place almost entirely between Amalfi and Atrani.

Impossible not to cite the action movie “Mr and Mrs Smith” filmed in 2005 between Amalfi and Ravello that decreed the beginning of the love story between Brad Pitt and Angelina Jolie. 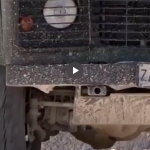 Carrara is for real marble’s loversIncentives